This is the place for news that we might want to refer back to. An example would be the building and progress of the new schools, but not limited to that.

The Fairborn High School Class of 1971 presented Fairborn City Schools with a check for $1887.54 for the plaque for the "Victory Bell" for the new high school. The victory bell, originally purchased as a class gift in 1971, is being refurbished and will be moved to the new stadium and will include the plaque and foundation. Receiving the check from Class of 1971 members Pat McCoart (also Board of Education Vice-President), David White and Dewey Armstrong, is Superintendant Gene Lolli. The Victory Bell will be a beautiful addition to the stadium. Sadly, several members of the 50th Reunion Committee were unable to attend. 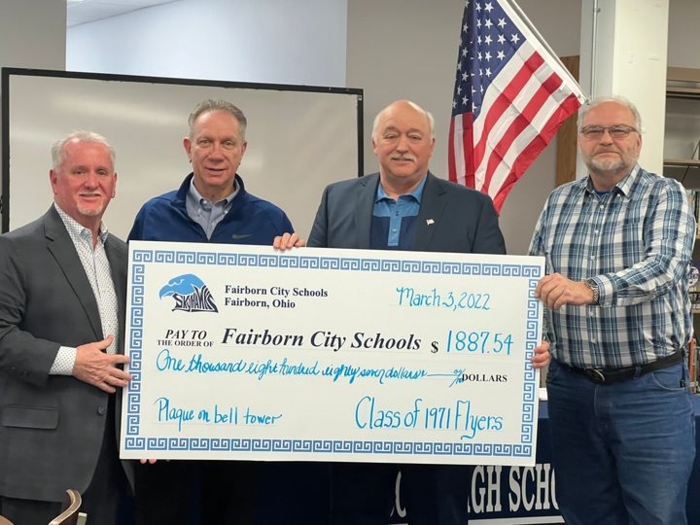 What's going on in Fairborn!